SALE! SAVE 30% at CHECKOUT WITH CODE REFRESH22

BTB Episode 7: Avoiding Common Money Management Pitfalls (and how to price your services)

Shanna Skidmore, a business strategist, financial coach, and founder of the Blueprint Model, shares how a background in finance, psychology, and art led her to coaching creative entrepreneurs on business principles that help build profitable and sustainable businesses. In today’s interview, we discuss common money management pitfalls, tips for overcoming those mistakes, and how to price your services.

Shanna Skidmore is a business strategist and financial coach. Nicknamed the “dream-releaser” by her clients, she helps entrepreneurs make money doing what they love by building profitable & sustainable businesses. For the past 12 years she has been immersed in the world of small business development and finance. By studying patterns of success, she now coaches and consults with creative entrepreneurs on business principles she found to be key indicators of success. Her background in finance, psychology, and art have allowed her to marry the world of business and creativity. Her greatest joy is watching others transform their stories and build businesses & lives they love!
Follow Shanna: Website | Facebook | Instagram | Pinterest | YouTube
Check out Shanna’s free Focus Finder Quiz to find out where your business is in its life cycle. 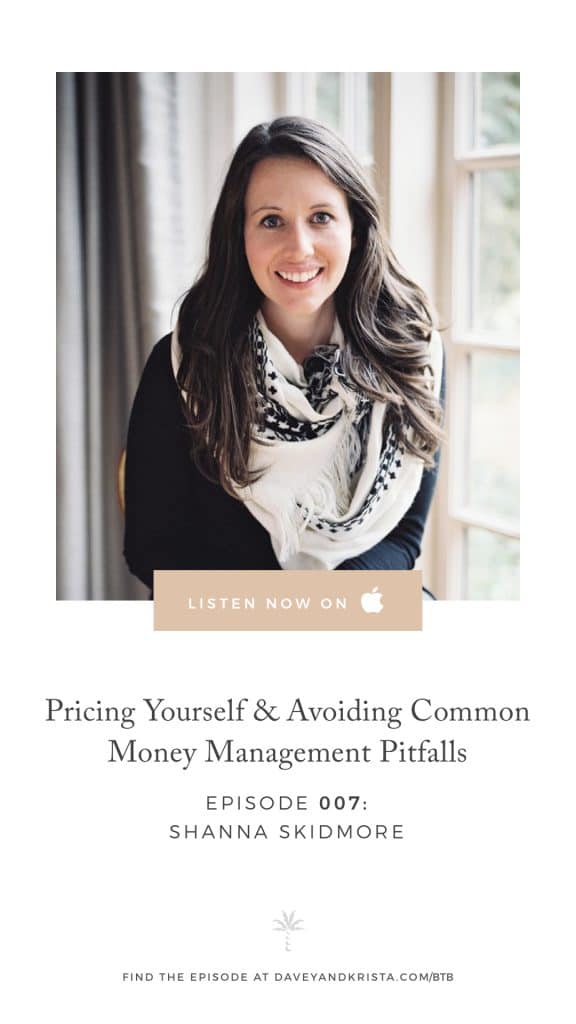